t may come as no surprise that the influence of Christianity in the United States is waning. Rates of church attendance, religious affiliation, belief in God, prayer and Bible-reading have been dropping for decades. Americans’ beliefs are becoming more post-Christian and, concurrently, religious identity is changing.

Enter Generation Z: Born between 1999 and 2015, they are the first truly “post-Christian” generation. More than any other generation before them, Gen Z does not assert a religious identity. They might be drawn to things spiritual, but with a vastly different starting point from previous generations, many of whom received a basic education on the Bible and Christianity. And it shows: The percentage of Gen Z that identifies as atheist is double that of the U.S. adult population. To examine the culture, beliefs and motivations shaping this next generation, Barna conducted a major study in partnership with the Impact 360 Institute, now available in the brand new Gen Z report. In this release, we take a look at their views on faith, truth and the church in a time of growing religious apathy.

For more clink this link. 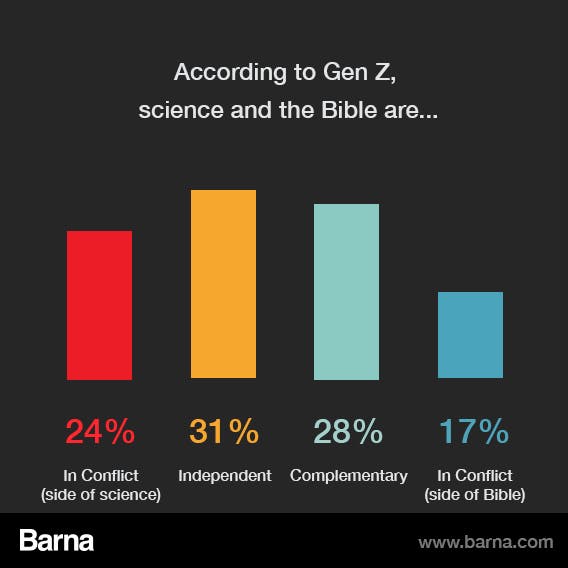